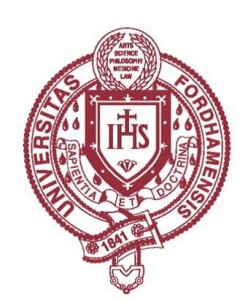 The recent Supreme Court decision in United States vs. Windsor is a real game changer for same sex couples who are legally married. This decision will confer on these couples the same rights, privileges, or detrimental treatment, that federal tax law currently imposes on heterosexual couples.

Many believed that the court’s decision would only apply to couples who reside in one of the 13 states and the District of Columbia, where same sex marriage has been legalized. But the Treasury Department (IRS) announced on August 29, 2013 that starting with 2013 tax returns all legally married same sex couples will be considered married for federal tax purposes regardless of the state they live in.

This blog posting highlights tax issues relating to this topic but should not be construed as offering legal advice and should not be used as a tax guide for same sex couples. One should consult an attorney, tax adviser or CPA on the proper application to one’s specific situation.

After a sweeping court decision such as this one, the IRS is charged with issuing guidelines, regulations and procedures on how to navigate an altered landscape. When the IRS communicated that the new rules will be effective for 2013 tax returns, they also announced that if a same sex marriage took place prior to 2013 that a couples at their option could amend their prior returns claiming married tax status in those years. This option could result in a refund of some of the taxes the couple paid when both had filed as single.

It should be noted that the statute of limitations for amending a return is three years. Generally it would be too late to amend a 2009 return (assumed filed on April 15, 2010) because the deadline for amendment would be April 15, 2013. Therefore, returns filed for years 2010, 2011 or 2012  can be amended if done so on a timely basis.

When a couple is considered married they only have two choices when filing their return, “married filing jointly,” or “married filing separately.” Most couples choose to file jointly. This often leads to a lower tax bill because of the concept of “income splitting.” Here two incomes are combined on one return. Unseen to the naked eye (sort of like behind the curtain in the Wizard of Oz) the income is halved, a tax is calculated, and then doubled. This tends to save the couple taxes, effectively taxing the income at a lower bracket. Enacted in 1948 the joint return came about in an era when many married couples consisted of a single wage earner, with the other spouse being a homemaker. The income of one spouse is effectively split in two, viewing the couple as an economic unit. Another advantage of a joint return is that only one return needs be filed, cutting down on compliance costs.

The 13 states that have legislated same sex marriage would seemingly allow joint returns for state income tax purposes. The other 37 states with income taxes would probably require these couples to continue to file as single individuals. This could create a compliance headache for those couples who would have to organize their information for their state returns in a manner different from their federal filings.

When a marriage has two wage earners with comparable earnings or when both have large amounts of income, the benefit of income splitting is erased. When this occurs the married couple must pay higher taxes than if they had remained single because the rate structure for single taxpayers is actually better than the rate structure for married taxpayers. This phenomena is  known as the “marriage penalty.” A couple’s only choice besides a joint return (assuming they choose to stay married) is to file under married filing separately status which rarely comes out better than married filing jointly. Since the IRS made the amendment of prior returns optional, a couple faced with a marriage penalty would choose not to file amended returns for years prior to 2013.

It might be interesting to see how many couples will choose to make a political statement in support of gay marriage by amending their last three years of returns and volunteer to pay more taxes than legally required. It might be interesting to see if some take a principled stand even though they would be under no obligation to do so. Remember, the courts have always endorsed the adage that a taxpayer is not obligated to pay a single penny more in taxes than the law requires.

Any grass roots movement to voluntarily pay more could bring additional attention to how unfair the marriage penalty is. Since 1980 there have been many attempts to reform or repeal its existence. In 1995 when Newt Gingrich became speaker of the house he proposed a “Contract With America” part of which called for the repeal of the marriage penalty repeal. The reason was that in undermined the institution of marriage and failed to promote family values. For various reasons Gingrich lacked the political capital to push this agenda through.

To summarize, a legally married same sex couple beginning in 2013 will have to file as married. They will no longer be allowed to file as they have in the past (either as Single or Head of Household).

Had the IRS strictly enforced the Supreme Court decision than a couple married in Massachusetts now residing in New York would be considered married for tax purposes. If that same couple now resides in Florida many thought the Supreme Court decision would be inapplicable to them because they would still be considered unmarried for federal tax purposes. This is because New York legislated same sex marriage while Florida has not. But the IRS has broadly applied this ruling to all same sex marriage regardless of where a couple now resides.

This broad interpretation by the Treasury Department seems to go beyond the Supreme Court’s interpretation. The linchpin of the Windsor Decision hinged on state’s rights rather than overturning the Defense of Marriage Act. The court never addressed the merits of gay marriage.

I would expect that a same sex married couple facing the “marriage penalty” who live in one of the other 37 other states might decide to challenge the IRS’s ruling on constitutional grounds. Until such a challenge occurs, the resolution of which could take years to make their way through the courts, the IRS will enforce their edict in all 50 states.

Besides rate structures, some income tax rules are beneficial to married couples while others have a negative impact. An example of a detrimental rule is an individual with a net capital loss (capital losses that exceed capital gains). They can only deduct a maximum of $3,000 of that net loss per year. Any excess gets carried over. Thus two single people in this situation can currently deduct $3,000 each for a total of $6,000. But a married couple can only deduct $3,000 in total.

Another detriment of combining both spouse’s income on a return, is that income is increased to the point where many beneficial tax deductions will be phased out. This will serve to either reduce or take away many favorable tax benefits from high income taxpayers.

Combined income could also serve to trigger the new Obama Care Tax of 3.8% on passive income based on a complex formula that is applied once income levels reach $250,000 for a married couple. Income would have to be $200,000 for it to kick in for a taxpayer filing as single.

Before the Supreme Court decision a premium paid by an employer on behalf of the non-employee spouse was considered taxable to the employee. An example of a beneficial rule is that health care premiums paid by employers on behalf of a same sex spouse will now be a tax free fringe benefit.

Inheritances are not taxable to a recipient under the income tax. The main exception is pension money (including traditional IRA’s) to the extent the pension has not been previously taxed. A non-spouse beneficiary inheriting an IRA could have all the income bunched into one year causing it to be taxed in a higher tax bracket, spread over a five year period, or if elected, stretched over the beneficiaries life expectancy.

An advantage of being considered married is that a spouse inheriting an IRA can roll it over into their own IRA. This gives the spouse the flexibility to take distributions when financial needs arise, since no distributions needs to be made right away. This would allow the entire IRA to remain in tact and continue to grow tax-deferred. Minimum distributions would have to begin in the year after the spouse reaches age 70 1/2 based on life expectancy tables.

A favorable aspect of marriage for tax purposes is in the area of gift and estate taxation. On a gift to a non-spouse one is allowed to gift $14,000 per-year per-person. A gift in excess of $14,000 will then eat away one’s lifetime exemption currently at $5,250,000 (indexed for inflation). But one can give unlimited amounts without tax consequence to one’s spouse. This will leave the lifetime exemption of $5,250,000 untouched and eligible to be used on gifts to others. For most married couples the size of these exemptions dwarfs their personal wealth making this a non-issue. But very affluent individuals who have entered into a same sex marriage will now have the same advantages that wealthy heterosexual couples enjoy.

Upon death a person’s estate is subject to estate tax on the amount exceeding $5,250,000. However any amounts inherited by one’s spouse are estate tax free and do not count towards that $5,250,000 amount.  Wealthy same sex couples will find this highly beneficial. Special portability provisions view married couple as a combined unit, allowing a married couple to effectively shield $10,500,000 of assets from estate taxes that are bequeathed to non-spouses.

P.S. Do you believe that same sex marriages regardless of the state where the couple currently reside should receive equal treatment for federal tax law purposes? Should those currently residing in the other 37 states be treated in a different manner or do you believe the IRS position of consistent treatment is equitable? Has the Treasury Department legally overstepped and infringed on states’ rights? Do you believe any same sex couple might amend their prior returns despite facing a larger tax bite in order to draw attention to the issue of same sex marriage? If so, what percentage do you believe would take such a stand? Please reply with your comments. 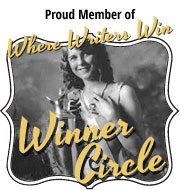